Jett Blackheart initially joined the Empire at the invitation of Emperor Vodo Bonias, and was quickly also invited to become a member of the Order of the Sith, an organisation he flourished in, eventually rising to lead the esteemed Sergeti Enclave; a post he held up until retirement. Prior to his Imperial service, he served to compromise the rebellion against the New Order as a covert agent for Black Sun, as part of an operation that brought the fledgling New Republic to its knees. Afterwards, he also delivered Adam A. Flynn, who misguidedly led Black Sun on a collision course with the Empire, to Emperor Bonias, thereby cementing his own loyalty to the Empire. 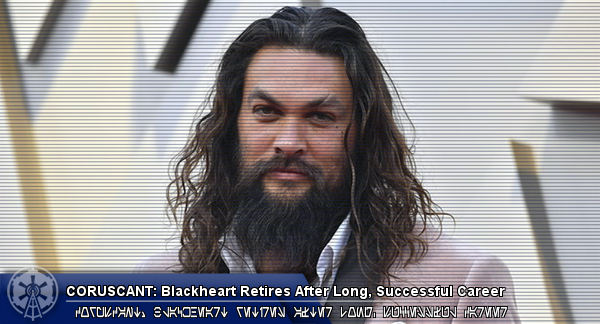 From thereafter, he served the Empire in various capacities, both from within and without. He initially led Primus Medical, a nationalised medical faction, as its Executive Director, and oversaw the extensive overhaul of healthcare infrastructure throughout Imperial space. Many advances in public healthcare provision stem from his own work in Primus, despite its later consolidation into the rest of the Ministry of Industry. It is widely known that Blackheart struggled with the ousting of Vodo Bonias from the Throne, yet he put his personal sentiments aside and continued to serve the Empire as a covert agent in Kuat Drive Yards and later the Freedom Warriors. His efforts there advanced the goals of the Empire, forcing the sale of Kuat Drive Yards and bringing about a wholesale dismantling of the Freedom Warriors, a known terrorist organisation.

Eventually, Jett reconciled his conflicted feelings on the reformation of the Empire, and returned to public Imperial service, immediately gaining prominence within the front-facing bureaus of Imperial Intelligence, where he excelled as Chief of Operations before his promotion to Director. As part of this service, he oversaw joint operations with the Faerytail Family and Tresario Star Kingdom in Krmar II, where Imperial Union forces brought down multiple high-profile rebels. In addition, he played a pivotal role in reforming procedures within Imperial Intelligence and the services it provided to the Empire, ensuring the flow of vital information remained unabated.

After over a decade of distinguished service, the retirement of Jett Blackheart is expected to allow him some time to center himself away from the hectic lifestyle of Imperial High Command; a reprieve that is more than deserved. As an Imperial of unparalleled calibre, it is doubtless that he will be missed, and that his successor will have heavy shoes to fill.