Jewell was born on Year -2, Day 212 in Bela Vistal to Gemma and Hunter Aamilor, owners of the YV-666 Cloudburst and the transporting company HyperSpace Transport. Her parents worked hard for many years before being able to afford the light freighter. Once they were able to afford the freighter, they sold everything and moved into the ship full time. Over the next few years, they would pickup and deliver nearly anything that would fit in the Cloudburst. Everything was going well for the early years of Jewell's life, she got to travel throughout the galaxy from planet to planet meeting all different species of sentients in the galaxy. 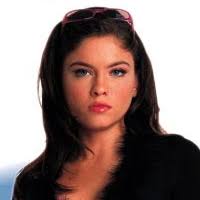 Jewell did well at her studies and was quick to catch on to anything her mother and father would teach her. She thoroughly enjoyed traveling with her parents and helping with the transport business. She learned everything about the ship that she could, learning to fly and how to operate different loading/unloading equipment. As early as 13, Jewell would get into the vehicles or ships loaded within the Cloudburst and undock or dock them. Jewell is very intelligent and was working on getting into the School of Starship Engineering.

When she was 15 and on a mission with her parents to relocate many cargo crates, the Cloudburst was stopped by pirates. As the pirates were boarding, her parents fought along with their security team hired to help protect the cargo. The pirates were killed and they escaped the fight with minimal damage to the ship and only one security force member killed. Jewell was curious about the cargo and wanted to know what they were transporting. While her parents and the security team were cleaning up, she went to inspect the cargo. As soon as she got close to the cargo containers, Hunter stopped her before she had time to open one of them. Later that night, Jewell went sneaking into the cargo bay to get a glimpse at their cargo. The security guard was sleeping, getting by him was easy. Slowly she moved about the bay making her way to the containers. She reached the first container and slowly lifted the lid peeking inside. What she found was amazing, Kyber crystals, lots of crystals in side the container. One by one, she checked more containers and found the same thing each time. The next container she opened, the lid fell and clanked against the floor. The security guard jumped to life and looked through the cargo bay, trying to figure out what happened. After a minute of looking around, he sat back down and starting cleaning his weapon. Jewell stole that chance to get out of the bay and head back to her room. Realizing the cargo, it made sense now why the pirates attacked. But, how did they know and would there be someone waiting at the drop off point to try and steal the cargo again. 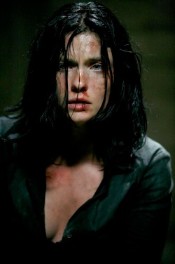 Jewell was beaten and bruised after the attack. The next day after the attack, Jewell told her parents that she wanted to go back to Corellia to earn a degree. She explained that the attack the night before was too much for her to handle. Her parents tried to talk her out of going back to school, trying to lure her into the business and eventually taking over for them as the owner of the family business.

Her recovery from the attack took a few days as the Cloudburst didn't have a medical bay that would have included a Bacta tank. Instead, the use of Bacta patches and time resting is what was needed to fully recover. During her recovery, Jewell prepared for school by studying and trying to get her mind off the attack. The only attack that she had ever been involved in during her time helping with the family business. The mental aspect of the attack was hard to process at first but over those few days into a few weeks, she learned to accept it. When she wasn't studying, she spent time working on her mental fortitude along with her physical training. Becoming a much better shot and much more athletic by working out with a trainer, she was preparing for being much more prepared for the next attack. 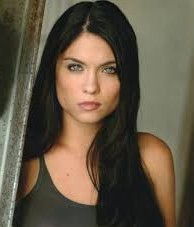 Upon entering school, she was the top of her class and performing quite well. Everything had settled down since that night on Cloudburst and she was thinking of what to do with her life after graduation. In her 2nd year of school, her datapad beeped signaling that she received a message.

She stoppped, pulled out her pad and logged in to read the message. As she read the message, her heart broke and she started to cry. Her parents were killed in another attack on the Cloudburst when pirates disabled the ship and boarded. The cargo was stolen and all aboard killed for trying to protect the cargo. She fell to her knees weeping in the courtyard of the school.

It took several days for her to really get her emotions under control just to go outside her room. Friends would try to comfort her but nothing worked, she was a broken young woman. Continually, she tried to figure out what to do as she worked through the gambit of emotions. She was mad, hated pirates and the lawlessness of the galaxy. She had to find someway to help others so this didn't happen to them, no one should feel the way Jewell felt at that moment.

Finally, she packed up everything she had and took the next flight off Corellia to try to determine what to do next.

Jewell left school and used the few credits she received from her parents death to travel off of Corellia, she needed to decide what to do next. The only ship that her parents owned was destroyed, the cargo was destroyed and thankfully the insurance covered all of the costs. She hated the pirate and didn't understand how anyone could kill that way. It had been a brutal assault the first time, many pirates had died but she and her parents lived. The next assault, obviously, was much worse. What to do with her life now...

After traveling for a short period of time, Jewell came up with the answer. She decided to join the Empire. The Empire represented peace and prosperity for the entire galaxy. That was the choice and with her piloting skills, she would make an excellent pilot for the Empire. She had a basic knowledge of combat training, knew how to use weapons and knew how to fly. It fit perfectly, she would become the best pilot for the Empire and wipe out bandits, pirates and the scum of the galaxy.

Jewell applied to the Imperial Academy, awaiting what she hoped would be an acceptance from the academy. After a few days, she received the message that she was accepted. Best thing to happen to her in a long time, finally somewhere to fit in and be a part of bring peace to the galaxy. She was back on track with her life, had everything to gain, and knew she could become a great leader within the Empire.

She entered the academy and graduated with honors on Y21, D199. 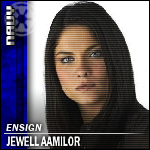