About the Imperial Army

The Fist of Imperial Strength.

The Imperial Army is the Galactic Empire's planetary military force, enjoying access to some of the most advanced munitions and technologies in the Galaxy, as well as coordinating with the Imperial Navy to better safeguard the Emperor's territories. Given the mandate of protecting and enforcing the rule of Imperial law on the scores of sovereign Imperial worlds, the soldiers and officers of the Imperial Army rely on superior discipline, advanced weaponry, and courage to carry the day. However, the Imperial Army's strength is not in its training regimen or vehicular might, fields in which it dominates nonetheless, but its strength lies in the dedication, devotion, and strength of character of its personnel, from the humble enlisted soldier, to the officers who comprise Army Command.

The mission of the Imperial Army, in short, is to:

His Majesty's Imperial Army is led by Army Command, the highest echelon in the service. ACOMD, as it is more commonly known, is comprised of officers who hold the following positions: Army Commanding Officer, Army Executive Officer, Army Logistics Officer, and Army Signals Officer. ACOMD acts as an overarching body, controlling the three Imperial Legions, which in turn is divided into 2 Brigades each. Each of these Brigades is assigned to a Sector of Imperial space, and they can be identified as either Assault or Reconnaissance Brigades.

History of the Army

Corps of the Army

The Imperial Army is divided into three Corps, namely; 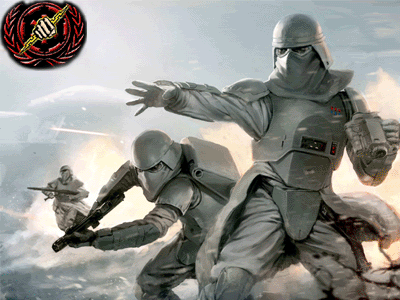 The role of the infantry is to close with and destroy the enemy, by day or by night, in all weather conditions, and terrain.

Infantry Companies are the backbone and the heart of the Imperial Army. They operate as frontline combatants, engaging the enemy after the initial assault by the Armour battalions, and are of primary importance in clearing structures on an assault - or protecting structures during a defensive - after the initial battle has subsided.

Role The role of armour is to defeat the enemy through the aggressive use of firepower and battlefield mobility, and provide battlefield transportation for the infantry.

Armour Battalions are the legs and the fists of the Imperial Army. They are the first combatants sent into battle to deal a crushing offensive against enemy forces - or as the first line of defense against an enemy advance - in order to weaken or neutralize the enemy forces prior to infantry contact. 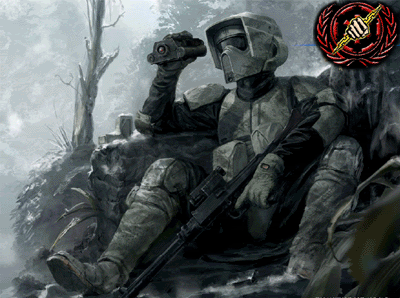 The role of reconnaissance is to obtain and relay timely information about the enemy and the ground, and contribute to battlefield security.

Recon Battalions are the eyes and the ears of the Imperial Army. They are deployed to gather intelligence prior to other units engaging a target - or as scouts to deliver intelligence on incoming enemy advances - to find potential weaknesses to exploit or strengths to negate, and are further able to react swiftly to unexpected enemy advances to maintain a light, mobile defense on multiple fronts.


Categories related to the Imperial Army

This category has the following 3 subcategories, out of 3 total.

The following 2 pages are in this category, out of 2 total.