Quin Huntington applied to His Majesty's Imperial Ranks on the Day 271 of the Year 13. He spent two weeks, in a still undisclosed location, training and acquiring the final requisites to become one of the many Imperial Navy Pilots, graduating with honors, scoring 95,94% and receiving the first of the many awards, the Imperial Academy Basic Graduate with Honours.

The first day in the Academy, Quin was speechless with all the dimension of the Academy and the classrooms, the advanced technology used in basic training and the contact with Imperial Officers in person. It was a day he never forgot. In the coming days he attended classes with his fellow Enlisted and surely the most awaited class was the flight instruction, it wasn't anything fancy, just a simplified cockpit of a Lambda Shuttle to get in touch with the basic stuff in the cockpit. The two weeks flew by and sooner than later the course was done and Quin was assigned to the Imperial Navy. Now he was just waiting to see, where he would be deployed.

The 2nd Group was where all started. After completing the academy course, Rear Admiral Markus Saretti, back then the 2nd Fleet Commanding Officer, went to pick him up. The moment they came out of hyperspace Quin was perplexed and the enormous amount of ships that were in the Kuat system and many Imperial Navy vessels from the nimble TIE/Ln Starfighter to the imposing presence of several Star Destroyers and the massively beautiful Super Star Destroyer Kraken, the flagship of the Imperial Navy. Days after their arrival at Kuat, Quin was finally assigned his first mission.

With time Quin grew in experience and knowledge from mission after mission along side with one of his most trustworthy friends, Skyre Anasazi who joined the fleet just a month after Quin. Just months after being assigned to the 2nd Group he was given the position of 2nd Group Executive Officer where he continued his work in the 2nd Fleet. 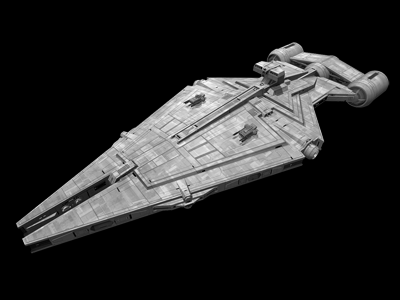 ​This ship, the Lusitania, was named after the land where Quin lived his childhood. Quin grew in Lusitania surrounded by his friends and family in a peaceful city. Back then he would either be at school with his friends or out in the gardens playing. Those were the days from where good memories came from and thus the name.

The ship was commissioned from Corellian Engineering Corporation (CEC) the major ship building company in the Galaxy by Quin himself when he was looking for a bigger ship to accommodate his private belongings. After the paperwork was completed the ship was still being finished as the interiors were still missing and some adjustments needed to be attended.

After a few weeks of the transaction the ship was finally complete, by the year 16 day 171, to the standards that Quin specified. Built in one of the many shipyards of the CEC this one was located in the​ ​Wyl​ ​Sector. Quin was present at the baptism of the ship where his mother Leonor was the godmother. He then assumed command of the ship and took it with its crew and his family to the inaugural voyage. 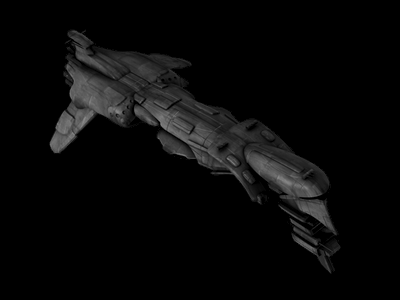 Lusitania's first picture out of the shipyard